Enjoy two of New Zealand's famous destinations in one day travelling aboard a premium air conditioned tour coach. Visit the Waitomo Glow Worm Caves before travelling to Rotorua, internationally known for it's spectacular geothermal activity that includes geysers, boiling mud pools and springs. Experience Maori traditions at Te Puia with a Maori cultural performance as well as the Pohutu Geyser. Get a farm tour as well at the Agrodome. 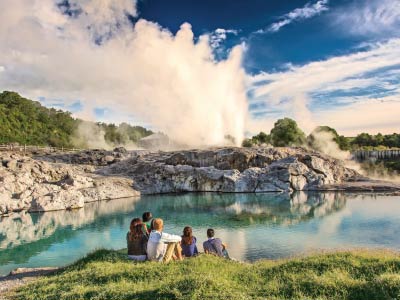